Tornashean played host to Working Title Film Company (Clandestine Films) for one of the most surreal ten days ever experienced by Strathdon.

This was the culmination of a phone call I received out of the blue back in June from a film scout who specializes in finding locations for major film companies. He was looking for an historic bridge on which to film an “ambush scene”. Gradually the whole story unfolded and it turned out that the film in question was a massive undertaking, (with also a huge budget) by Working Title (famous for Four weddings and a Funeral, Love Actually, The Theory of Everything, and many other famous films) to do a film about the life of Mary Queen of Scots. 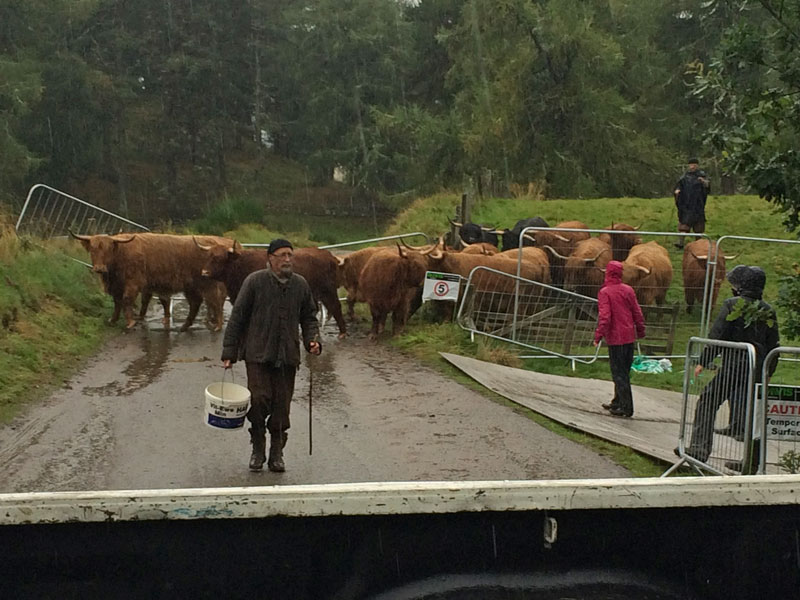 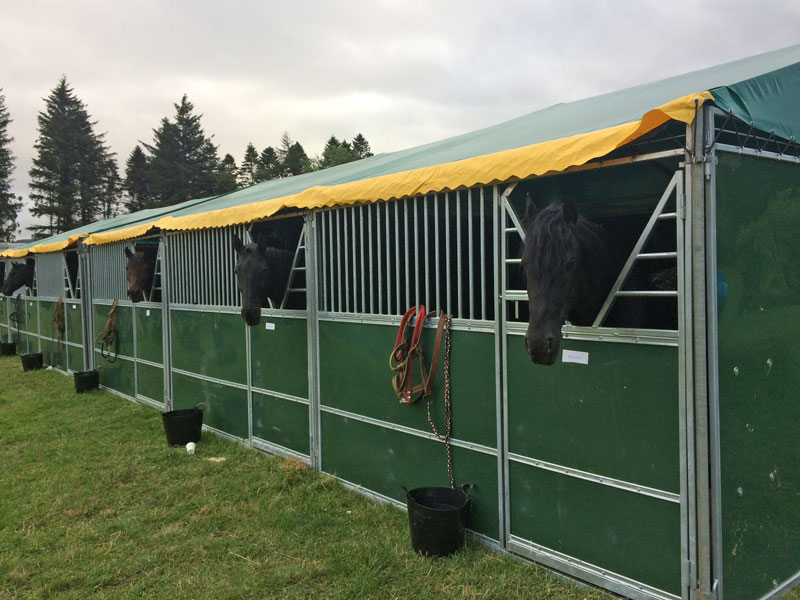 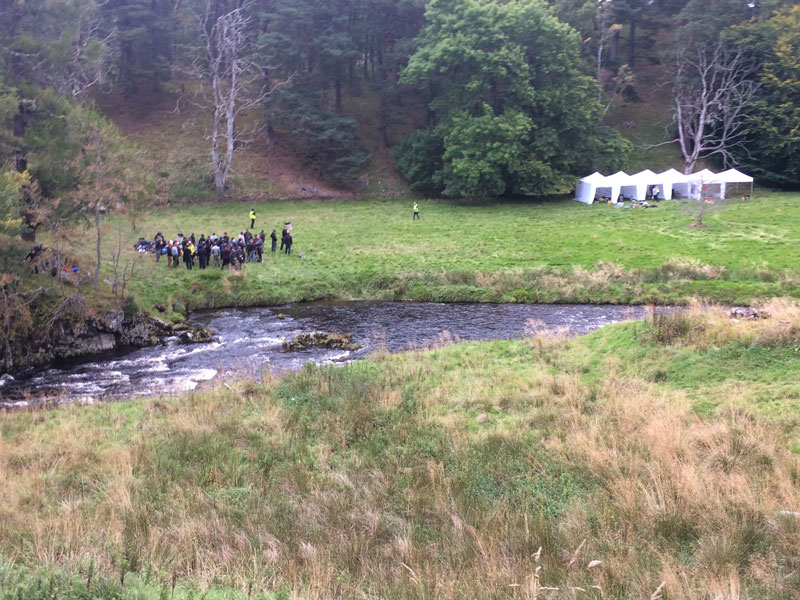 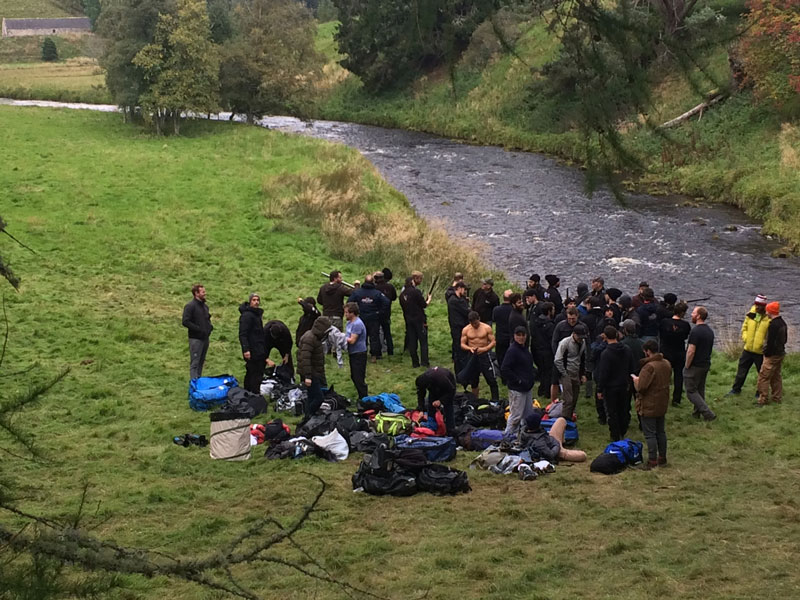 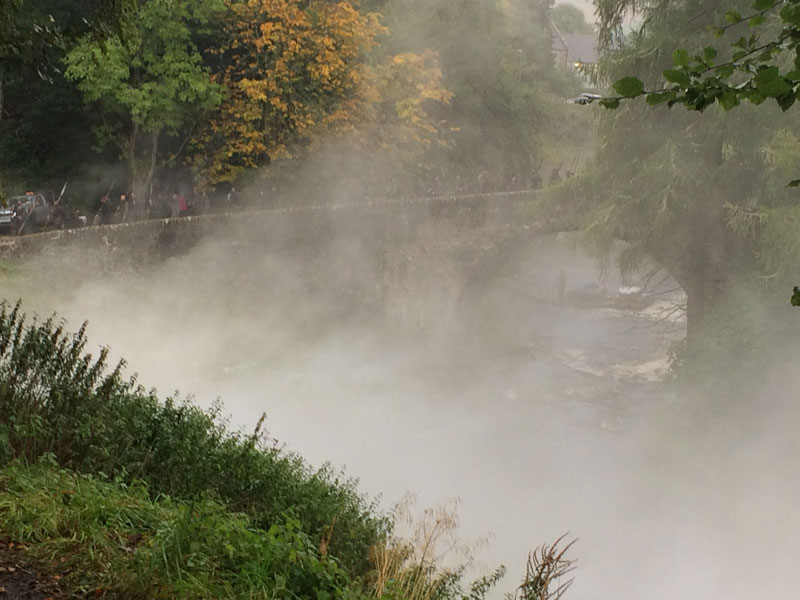 The film company had looked at over forty bridges in the Highlands and had chosen Poldhullie because of its historical importance and photogenic appearance and also because of the scenic and aesthetic beauty of its surroundings – the Caledonian pine woods of Tornashean with their hilly and undulating nature.

It didn’t seem to matter that Poldhullie was built in 1715, in the year of the First Jacobite Uprising (see the notes on the website) and so was actually about 150 years too young for the scene, which would have been in the 1560s.

Having signed various contracts with the location team there was a considerable amount of preparation required in order to turn the bridge and its surrounding woods and fields into a film set. This included, among other things, taking down nearly a mile of fencing, carrying out a lot of tree work and removing obvious things like tree shelters. We were allowed to graze the fields with sheep for the summer season but not allowed to mow the fields, as the appearance would be too artificial for the film.

So Tornashean would be joining Glenfeshie and Glencoe as the Highland locations in the film, with most of the rest of the filming taking place at a castle near Edinburgh and at Pinewood studios.

At the end of September we were invaded by between five and six hundred people who included the actors, actresses, nearly two hundred extras, directors, producers and many film crew, make up and props people plus thirty horses and fifteen Highland cattle. The horses were part of the stunt group “Devils on horseback” which are used in many films, commercials etc. the whole team were supported by hundreds of vehicles.

The actors, actresses and the film crew travelled over from Aviemore every day (at least a one and a half hour drive), the stunt team were based in Aberdeen and the security team were based in Ballater, as there was simply no accommodation any nearer for so many people. Filming took place over a period of one week, with set up and preparation days, dress rehearsals and four filming days.

The actors and actresses included Saoirse Ronan (Mary Queen of Scots), Jack Lowden (Lord Darnley) Martin Compston and others well known people. Every main actor also had a double. Margot Robbie is Queen Elizabeth in the film but of course she was not involved in this part of the film.

The scene of the film shot at Tornashean will last about seven minutes, and is one of the major scenes in the film. It is essentially an ambush and battle scene and given that the director of cinematography is John Mathieson, who did Gladiator, Les Miserables and Master and Commander (all Russell Crowe films) it should be very exciting. The director of the film is Josie Rourke, and she had a chat with us at the end of the four days film shooting and said how delighted she was with the footage they had achieved.

We were not allowed to take any photographs of the action, so here are a few pictures of the setting up and preparation and there are also links below to the two trailers which have so far been released. The filming at Tornashean appears four times in the second one (all the fighting in the trees) although the main scene has been kept for the film.